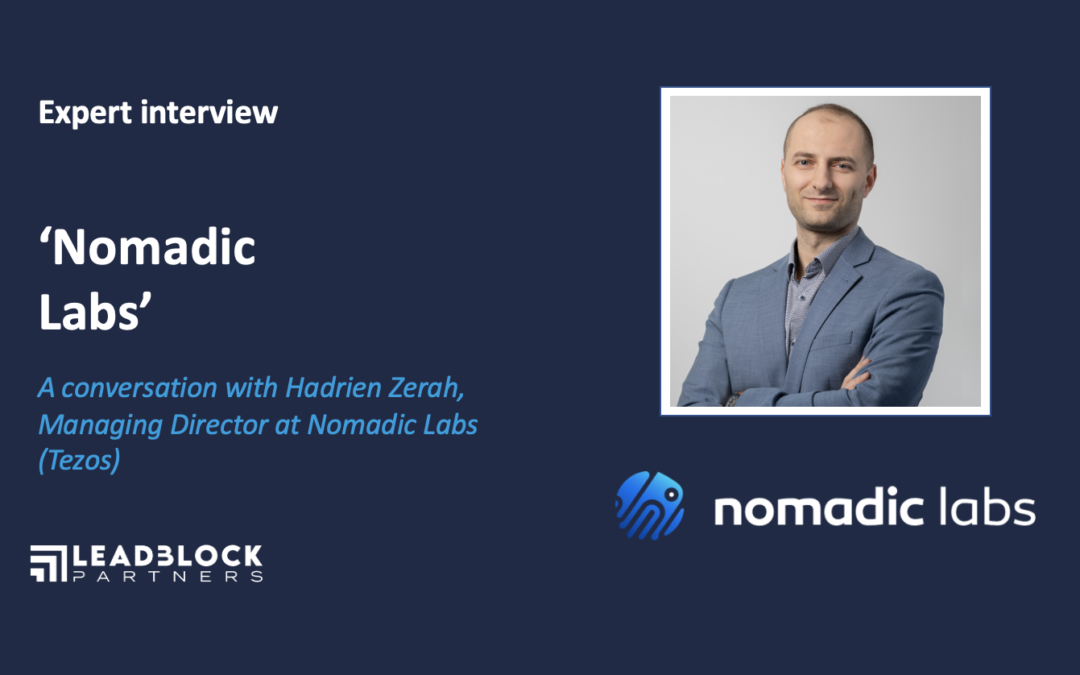 “The Tezos ecosystem has flourished in 2021 with more people today choosing to build on Tezos than many other protocols. There is no shortage of projects that are worthy of the spotlight.

Recently, the University of Cambridge announced its launch of the Cambridge Centre for Carbon Credits,with the goal to build a decentralized marketplace of verifiable carbon credits to support global reforestation efforts. The center brings together an interdisciplinary group spanning the university’s department of computer science, zoology and plant sciences and is currently working on building a prototype of a decentralized carbon credit marketplace where purchasers can confidently and directly fund trusted nature-based projects.The marketplace will be built on the Tezos blockchain and use a combination of artificial intelligence and satellite sensing technology.

We are also particularly excited to see more brands choosing to build on Tezos than ever before. In 2021, Formula 1 racing teams Red Bull Racing Honda and McLaren Racing, both announced Tezos as their official technical partner. So far, more than 100,000 NFTs have been collected by F1 fans from the two teams on Tezos. With these fan experiences taking place on the platform, we are looking forward to seeing how Tezos will continue to deliver for leading brands and organizations.”

“First and foremost, Tezos is experiencing exponential growth because it is a pioneer of Proof of Stake – a self-amendable, energy-efficient, open-source blockchain platform.

Its on-chain governance is a revolutionary mechanism that allows the protocol to amend itself, moving away from hard-forks as a decision-making mechanism. This year alone, because of its on-chain governance, Tezos has implemented three protocol upgrades (with the fourth on the way), which have forged faster transaction time and lower gas consumption. These upgrades have led to increased growth of the ecosystem. In September, Tezos reached nearly 6 million contract calls, setting a monthly all time high for the tenth consecutive month.

Tezos also sets the standard for minimal energy consumption and a negligible carbon footprint. In fact, Tezos consumes over two-million times less energy than popular Proof of Work networks, making it an ideal platform for building blockchain applications that are energy-efficient and sustainable.

Both on-chain governance and energy efficiency are pivotal factors that will continue to fuel adoption on Tezos.”

“As blockchains continue to evolve and innovate at a rapid pace, it is increasingly difficult to forecast how the broader landscape will look in the near future. That said, we do know one thing: whatever emerging trends arise, Tezos will be at the forefront. From the very beginning, Tezos was designed to evolve and empower, and that is exactly what it will be doing for the ecosystem– adapting, upgrading, embracing innovation for users around the world.

Tezos is growing and adapting to the needs of users, having upgraded already seven times with the eighth upgrade soon to come. No other blockchain has been upgraded as quickly, as seamlessly, or as much as Tezos has in the last 3 years.

We expect the incredible momentum Tezos has seen from NFTs to continue, as artists, collectors, brands and more continue to build the future of digital engagement on the blockchain. The Metaverse moving into the spotlight, a greater surge in demand for energy-efficient NFTs and a low transaction costs– these are all deciding factors that will continue to separate Tezos from the pack of competing blockchains.”

We use cookies on our website to give you the most relevant experience by remembering your preferences and repeat visits. By clicking “Accept All”, you consent to the use of ALL the cookies. However, you may visit "Cookie Settings" to provide a controlled consent.
Cookie SettingsAccept All
Manage consent

This website uses cookies to improve your experience while you navigate through the website. Out of these, the cookies that are categorized as necessary are stored on your browser as they are essential for the working of basic functionalities of the website. We also use third-party cookies that help us analyze and understand how you use this website. These cookies will be stored in your browser only with your consent. You also have the option to opt-out of these cookies. But opting out of some of these cookies may affect your browsing experience.
Necessary Always Enabled
Necessary cookies are absolutely essential for the website to function properly. These cookies ensure basic functionalities and security features of the website, anonymously.
Functional
Functional cookies help to perform certain functionalities like sharing the content of the website on social media platforms, collect feedbacks, and other third-party features.
Performance
Performance cookies are used to understand and analyze the key performance indexes of the website which helps in delivering a better user experience for the visitors.
Analytics
Analytical cookies are used to understand how visitors interact with the website. These cookies help provide information on metrics the number of visitors, bounce rate, traffic source, etc.
Advertisement
Advertisement cookies are used to provide visitors with relevant ads and marketing campaigns. These cookies track visitors across websites and collect information to provide customized ads.
Others
Other uncategorized cookies are those that are being analyzed and have not been classified into a category as yet.
SAVE & ACCEPT
Powered by